The Knights of Columbus 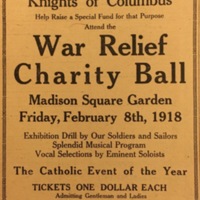 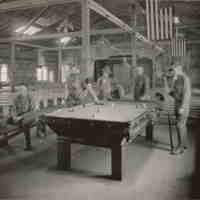 Inside a K of C hut. Courtesy National Archives. 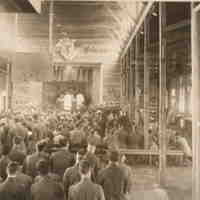 Mass inside a K of C hut. Courtesy National Archives.

The Knights of Columbus (K of C) is a Catholic organization, formed in1882, which focuses on the principles of charity, unity, fraternity, and patriotism.  It was initially created as a Catholic alternative to secular secret societies, like the Masons. The Catholic Church was opposed to these organizations, and Fr. Michael McGivney, a priest from New Haven, CT, saw an opportunity to create a new Catholic organization for laymen. In solidify their commitment to both the Catholic Church and the United States, the Knights selected Christopher Columbus as their patron. Men who joined the Knights of Columbus were expected to live virtuous and charitable lives toward their church, their community, and their families.  The Order received its first apostolic blessing in 1895 from then–Archbishop Francesco Satolli, the apostolic delegate to the United States. The influence of the Knights spread throughout the United States and even into Canada, Cuba, Mexico, and the Philippines.  In 1909, James A. Flaherty was elected the Supreme Knight of the Order, a position he held throughout the First World War.

“Everybody Welcome”: Entering the War Effort

America’s entry into the First World War in April 1917 provided the Knights of Columbus with the opportunity to display their patriotic and charitable values. The K of C was eager to continue the type of work they first started during the Spanish-American War and continued with the troops stationed at the Mexican Border. Many men of the Order immediately enlisted into the Army and Navy, while others began to participate in Liberty Loan campaigns. Finally, at the meeting of the Board of Directors in Detroit, MI in June 1917, a vote was held to establish exactly what the Knights could do for the war. They decided to focus on the spiritual and recreational needs of the soldiers and sailors. An appeal was made for $1,000,000 to jumpstart the Knights of Columbus War Camp Fund. The K of C adopted a fundraising method where they would conduct drives at different times in different states. This proved to be effective as their campaign goal was enlarged to $3,000,000, and would continue to increase as time went on.

The main work of the Knights of Columbus centered on the organization and recruitment of chaplains and the creation of recreational huts for soldiers. The Knights used their influence across the country to appeal to priests to join the war effort. The hierarchy of the Knights also noticed the presence of Protestant groups, like the YMCA, in training camps, and quickly decided they also needed a presence in the camps to provide a space where the Catholic men could attend services. The Knights began constructing recreational huts at the various training camps across the country. These huts provided space for soldiers to relax and gather together for entertainment. The huts were open to all, as signs proclaiming “Everybody Welcome” hung for all to see. Catholic services were also held in the huts for those who wished to participate.  Whenever a new hut was completed, a dedication ceremony was held celebrating the accomplishments of the Knights of Columbus war work.

Coverage of the Knights of Columbus fundraising was widespread. Advertisements appeared in both religious and secular newspapers, which also printed testimonials on the Knights’ success as they continued to build huts across America. The Knights of Columbus held a War Relief Charity Ball on February 8, 1918 at Madison Square Garden. Although an annual event, the 1918 ball focused on the war effort. It provided an exhibition area for the Army and Navy to showcase drills and the latest military strategies. Patriotic songs were sung and a “monster” service flag was hung on display.  Support came from Catholics, non-Catholics, the clergy, American Bishops, and even big names such as William Jennings Bryan, Theodore Roosevelt, and the Rockefeller Foundation. Cardinal Farley pledged that the entire Archdiocese of New York would participate in the Knights of Columbus’s campaign.  At the end of 1917, the Knights had 75 recreational buildings in camps, 49 chaplains, and 137 secretaries. Given the success of their war effort at home, the hierarchy of the Knights wanted to expand their work overseas. 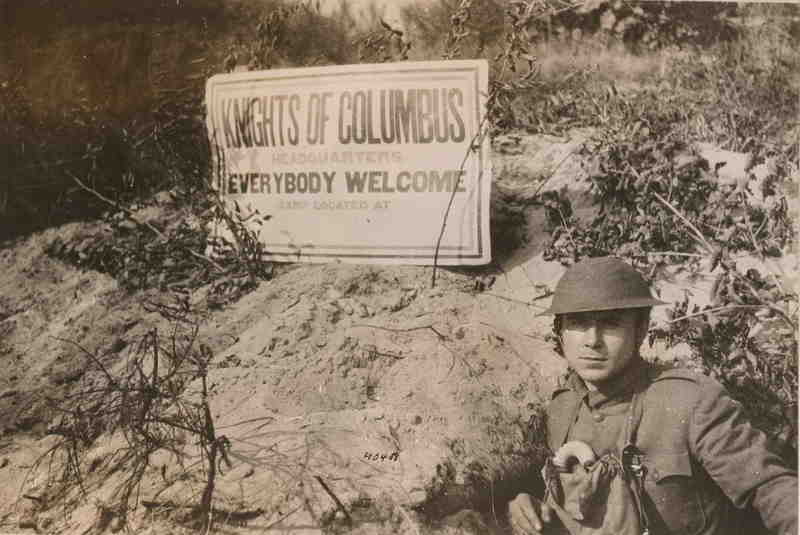 Tent on the front line in France. Courtesy National Archives.

The Knights of Columbus soon faced with a challenge: how to establish war work overseas? Unlike organizations like the Red Cross, the Knights were an American institution with no international counterparts. Therefore, they made a plea to General John J. Pershing, commander of the American Expeditionary Forces. In a letter addressed to Mr. Walter N. Kernan, the Knight’s first overseas commissioner, General Pershing recognized the Knights of Columbus as a relief agency, and invited them to extend their work to France. A call was sent for volunteers, men who were unable to fight but wanted to do their part, to work as secretaries in the huts that were established abroad. These men oversaw the day to day activities at the huts, and tended to the needs of the soldiers.  In March 1918, a handful of volunteers went with Kernan to France and to begin establishing recreational tents and huts for the men in the trenches. An overseas Knights of Columbus headquarters was established in Paris. The presence of the Knights of Columbus was felt across the trenches in Europe. Their work provided comfort to the men who were so far from home.