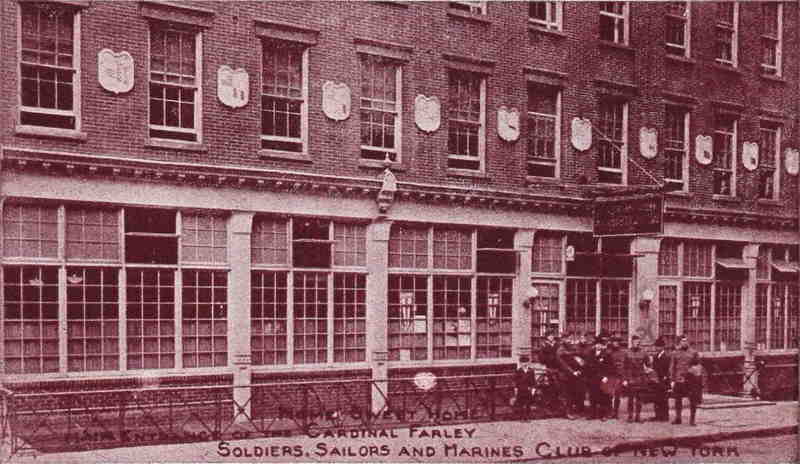 Many ships taking troops overseas departed from New York, so throughout the city were clubs and other institutions to serve the soldiers on leave.  Located at 15 East 30th Street, the Cardinal Farley Soldiers and Sailors Club was dedicated by Archbishop Hayes on October 15, 1918.  The Club was located on land donated to the New York Catholic War Council by Cardinal Farley a few months before his death.  The Club was open each day from 5am until 1am, and offered a variety of entertainments for servicemen.  On alternate Thursdays there was a boxing demonstration.  There were billiards and pool tables, as well as bowling and other amusements.  The club had 200 rooms for the use of its members, and a branch of the United States Employment Service to help men find jobs.  In its first year of operation, over 75,000 returning servicemen stayed at the club.