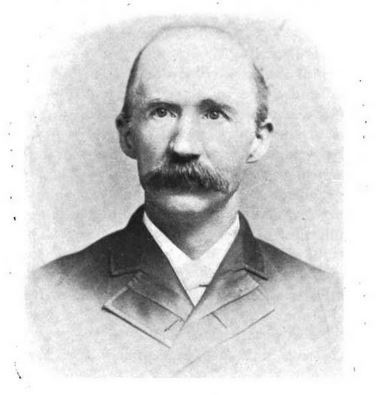 Patrick McCool, one of the most dedicated of the Mission’s laymen, was born in County Donegal in 1842. He began working as a salesman for a tobacco business in Derry, visiting towns and cities throughout Ireland and England, before emigrating to America in 1877. He worked for a few years in Philadelphia, and then went to New York, where he joined the Mission on January 6, 1886. He represented the Mission at the various landing stations for almost 25 years.

His duties as agent were very similar to those of the Mission’s director-priests. He interviewed girls on their arrival, offered information or advice, and brought those unclaimed to the Mission at the end of each day. He was also responsible for reporting false claimants to the immigration authorities. He was well known for wearing a cap embroidered with a harp and shamrock whenever he was doing immigration work, a gift from one of the girls who passed through the mission. He was also responsible for the accounts of the Mission, as well as the large volume of correspondence, which averaged out to about thirty-three letters per day. 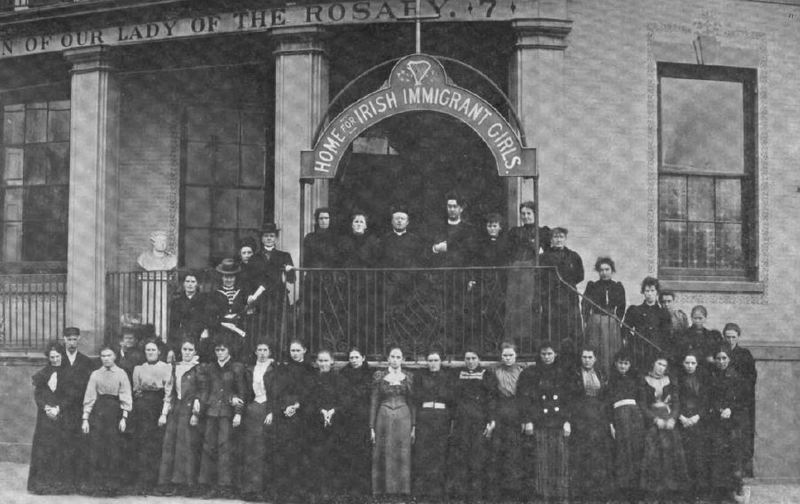 In this image of the Mission Girls on the steps of the State Street house, Patrick McCool can be seen in the lower left.

When Annie Moore, the first steerage passanger to pass through the new Ellis Island on January 2, 1892, McCool gave her a new silver dollar.

McCool was also an advocate for decreasing immigration from Ireland, and corresponded with immigration authorities, the Catholic Church hierarchy both in America and Ireland, and the owners of steamship companies, offering suggestions to all about how to better protect Irish girls at the ports of embarkation and debarkation, and while on board the ship. He also encouraged Irish Catholic church officials to set up a similar home on their side of the ocean, but to no avail.

McCool died on February 6, 1906, while approaching the altar of St. Paul’s Church to have his throat blessed on the feast of St. Blaise. All of the government employees at Ellis Island had a meeting to arrange a message of condolence for his wife and six children, as did the Irish bishops from their annual meeting at Maynooth College.