Goals of the Congress 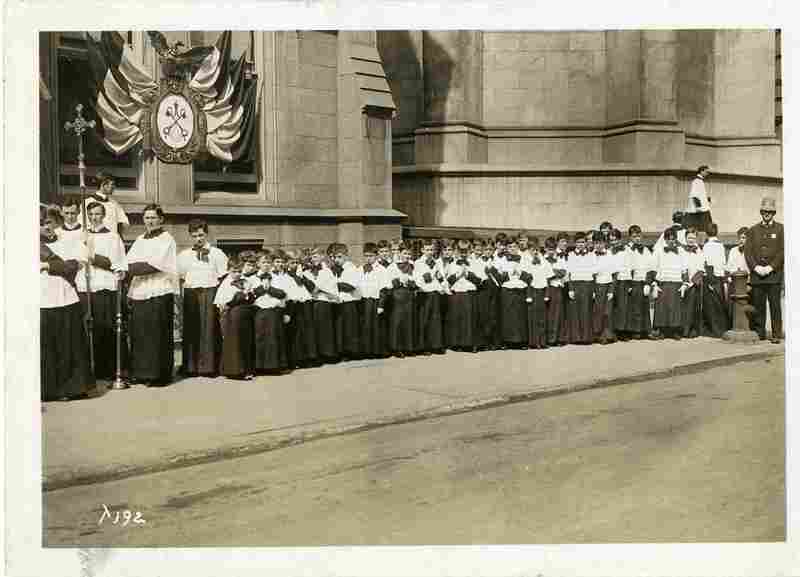 Children lined up outside of St. Patrick's Cathedral

The main purpose of the Congress was to revive and keep alive interest in Gregorian Chant, and so the committee limited the music to just Chant, rather than including all sacred music.  The Congress also wanted to establish that all members of a church congregation could take part in the singing of the liturgical offices, not just highly trained musicians. Also, the planning committee felt fairly confident that children would turn up to participate in large numbers, and with a minimal amount of preparation could be trained to sing the common of the Mass in Gregorian Chant.  Additionally, Gregorian Chant was, according to the Holy See at the time, the music proper to the Roman Church; and the classic polyphony was too difficult to be sung by the people, and although beautiful, it is best confined to highly trained bodies of singers.  It was also decided that, in order to secure uniformity and rhythmic execution of the Chant, that the rhythmic signs of Solesmes should be observed.

This was a major event, as it was the first time the Congress was held in the US.  The organist for the Congress was Joseph Bonnet from St. Eustache, Paris, and he was in charge along with Dom Andre Mocquareau from Quarr Abbey on the Isle of Wright and Dom Augustin Gatard of Farnborough Abbey.  Dom Mocquerau was considered to be the greatest living authority on Gregorian Chant, and Quarr Abbey was, at the time, the epicenter of major research into chant.  The presence of Dom Mocquerau was a major coup for the Congress organizers.