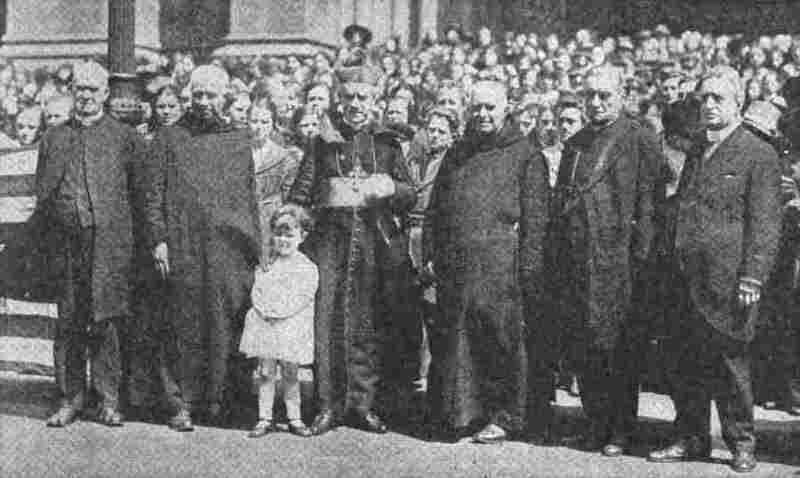 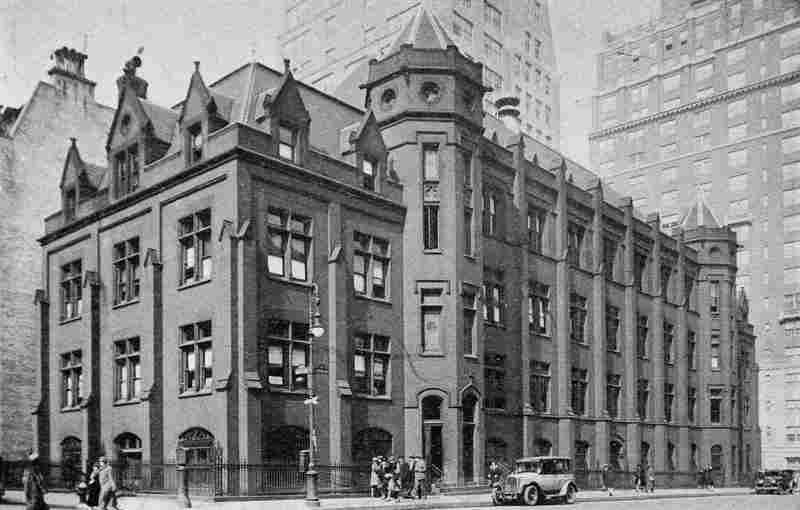 The Congress opened with a solemn pontifical Mass in St. Patrick’s Cathedral, celebrated by Archbishop Hayes.  250 Seminarians led a choir of 3,500 children from 47 schools in chanting the Mass.  All of the seats in the Cathedral were filled with the children, except for a few reserved for special patrons.

The first lectures of the Congress were held at Cathedral College in the afternoon following the Mass.  Two of the most notable were “The Popes and the Restoration of the Roman Chant,” given by Dom Mocquareau and Dom Gatard, and “The Vestments of the Roman Rite and their Historical Development," by Dr. Edwin Ryan of Catholic University.  The first day closed with vespers and an evening discussion on “Gregorian Music and Congregational Singing.” 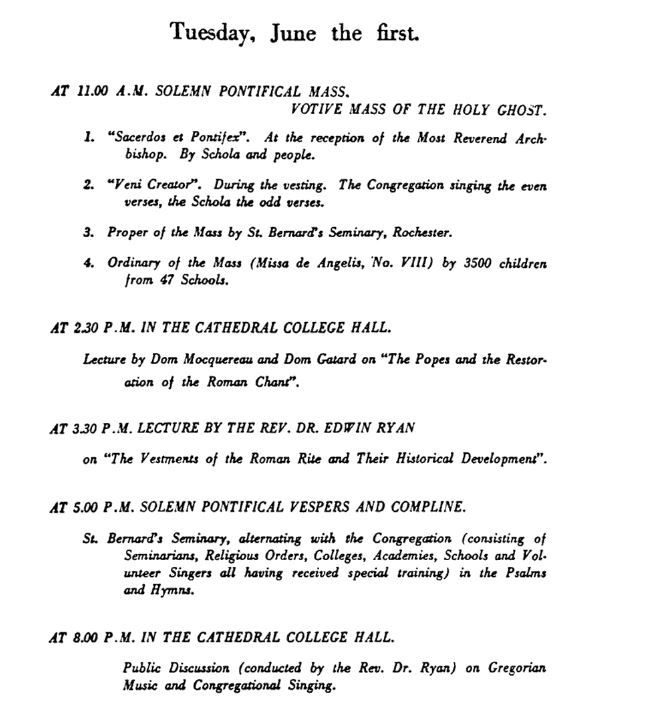 Program from the first day at the International Congress of Gregorian Chant, 1920

The second day’s events began with a solemn pontifical requiem Mass celebrated in memory of those who lost their lives in the war, followed by more afternoon lectures.  The Mass was sung by the seminarians of Dunwoodie.  The second day also included a demonstration of music by school children from Annunciation and Our Lady of Lourdes in Manhattan.

The last day of the Congress, which coincided with the Feast of Corpus Christi, again began with a pontifical Mass.  The Mass concluded with a dramatic procession of Archbishop Hayes, the officiating Bishop, all visiting Bishops, monks, and clergy down the center aisle of the Cathedral, each carrying a lighted candle, while the choir sang the processional chants with responses from the congregation.  The Congress officially ended at 1pm, with the conclusion of the Mass.