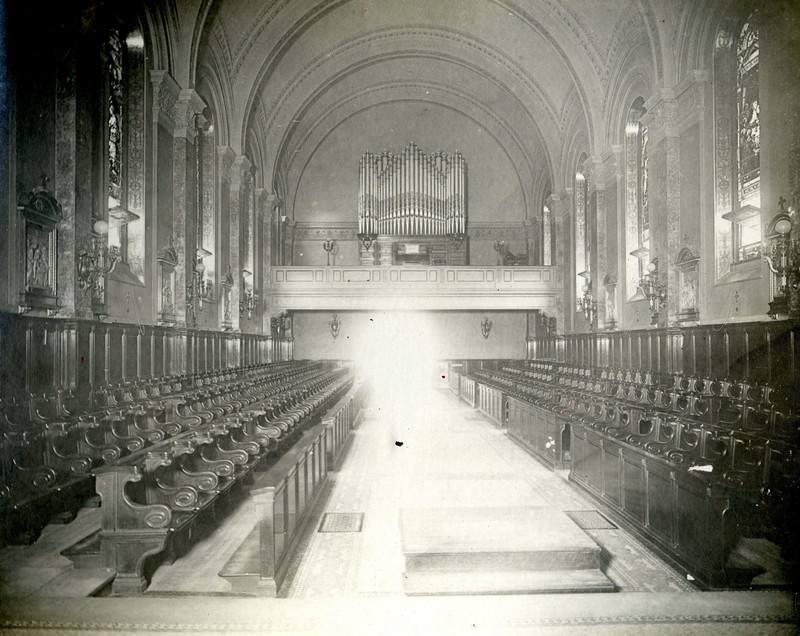 Music has long been included in the tradition of St. Joseph’s Seminary.  Since the Seminary opened in 1896,  music has been incorporated into a seminarian’s course of study. Rehearsal for the choir was built into the weekly schedule, with singing at Masses and occasional events.  Instruction initially focused on chanting and the ability to read music. According to the 1909 Seminary Bulletin, a course in Church Music was offered in which “the entire student body receives instruction in the use of Kyriale (Vaticanum) and of the Psalter.” The Schola Cantorum, which still exists today, was established to sing the Mass as well as the antiphons of Vespers.

As time went on, more required music courses were introduced to the curriculum. In the beginning of the 1960s, courses in Church Music were offered to First and Second Philosophy and Theology. These courses     introduced the principles of Gregorian chant, hymns of the Mass and Vespers, the history of church music, and methods for music in parish life. An additional music seminar was also offered during this time, by Msgr.     Richard Curtin. It was called Record Library Seminar and was offered to seminarians who were interested in music recordings. This group met to “catalog, file, and care for the records in our Music Library.” Meanwhile, the Seminary choir was also out performing. In 1962, they performed at the Hebrew Union College Jewish     Institute of Religion for a night of sacred music. Under the direction of Msgr. Curtin, the choir performed Gregorian chant, for what is believed to be the first time outside of the Seminary. 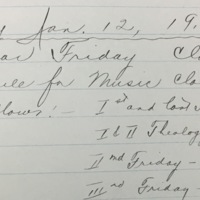 Music Classes at the Seminary, 1917 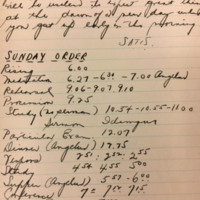 A page from the 1928 Regulator’s Diary at the Seminary, which tracked the day-to-day activities. Rehearsal was scheduled for every Sunday at 9:06 AM 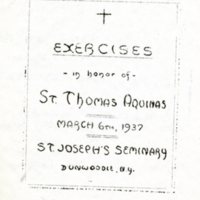 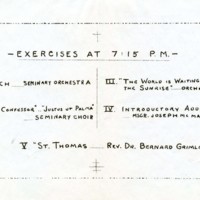 Inside of the Program for the St. Thomas Aquinas Exercises, 1937