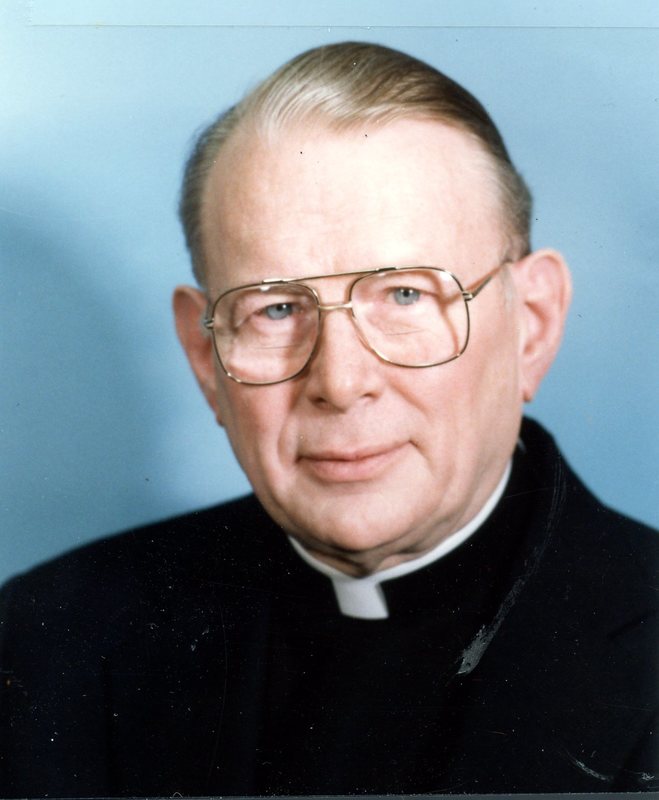 Monsignor Richard B. Curtin left a lasting impression on the music program at Dunwoodie. Msgr. Curtin as ordained to the priesthood in 1942. He continued his studies in music at Juilliard from 1943-1946, New York University from 1947-1948, and the Pontifical Institute for Sacred Music in Rome from 1950-1951. Msgr. Curtin began teaching at the Seminary from 1946 until 1966. He taught courses such as Introduction to Church Music and Church Music History and Legislation. While at the seminary, Msgr. Curtin aided in the design, construction, and placement of the new Casavant Freres Organ for the Chapel. He directed the Seminary choir as well as the choirs for the papal visits of Pope Paul VI in 1965 and Pope John Paul II in 1979, both at Yankee Stadium. Msgr. Curtin continued to teach music at various colleges after his time at Dunwoodie. He died in 2002. The Chair in Sacred Music and Art at the Seminary is named in honor of Msgr. Curtin and his successor Reverend Anthony Sorgie. 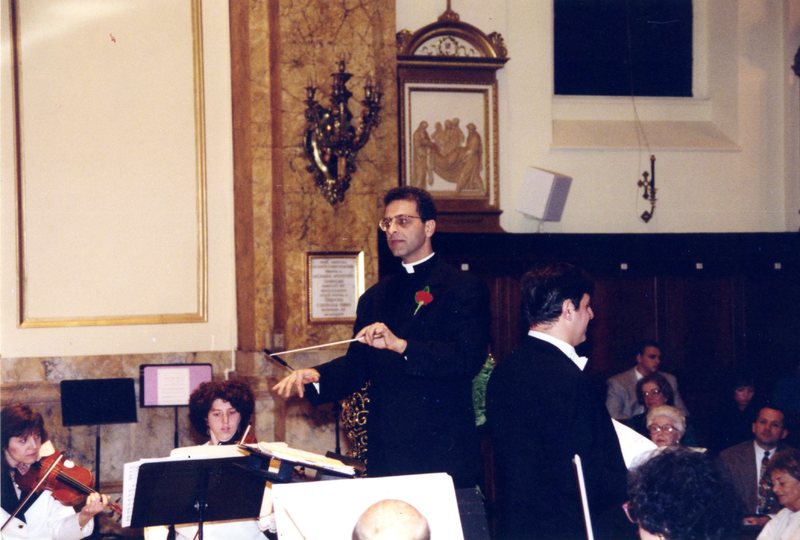 Reverend Anthony D. Sorgie was ordained to the priesthood in 1982. Shortly after, he began his tenure as a music teacher and directory at the Seminary. He received additional degrees in music and education from Columbia in 1986 and 1989, respectively. Fr. Sorgie was introduced to Gregorian chant at a young age. At the age of 9, he sang in the choir during Pope Paul VI’s visit in 1965. While at the seminary, he taught courses such as Elements of Basic Chant and Singing, Liturgical Music Planning, and Appreciating Sacred Art and Music. Fr. Sorgie also established the Advent Concert Series in 1985, a tradition that is still in existence today. This concert series allowed for a showcase of music from seminarians and outside individuals who would form the festival choir. Under Fr. Sorgie’s direction, various concerts and choirs were recorded, such as Concert for Advent and Christmas and A Treasury of Sacred Music, Volume I and II. The choir at the Seminary, under the direction of Fr. Sorgie, sang for Pope John Paul II in Rome in 1990 and in 1995 when he visited the Seminary. Today, Fr. Sorgie is the pastor at Immaculate Conception and Assumption parish.