As the end of the war drew near, President Wilson expressed a need for money to be raised for the demobilization of American soldiers and sailors as well as for the eventual Army of the Occupation. This call was answered with the creation of the United War Work Fund in the fall of 1918. Seven organizations took it upon themselves to work together to achieve this fundraising need. These organizations were as follows: the National War Work Council of the YMCA, the War Work Council of the National Board of YWCA, the National Catholic War Council, the Jewish Welfare Board, the War Camp Community Service, the American Library Association, and the Salvation Army. The campaign was set to begin on November 11th and last till the 18th with a goal of $170,500,000. This money would be split among the seven groups to be used for the comfort of the soldiers and sailors as they prepared to return home. Each state was given a specific quota to reach; New York’s goal was $35,000,000. The seven organizations helped set up campaign committees in every state. The NCWC had representatives in almost every state and county.

A meeting was held on November 3 at Madison Square Garden to kick off the campaign. Over 15,000 people were in attendance where they were greeted by John D. Rockefeller Jr., the chairman of the Greater New York Division. Representatives from the seven organizations were present, and many spoke offering encouraging words about the campaign.  Thirty teams were outlined at the meeting to promote the fundraising efforts in New York

The campaign began on November 11 as the Armistice was signed in France. Money came pouring in from all types of people all across the country. Big corporations and foundations, like the Rockefellers, provided donations in the millions, whereas the average Americans gave whatever amount they could. Everyone was eager to help the boys abroad have a comfortable transition home.  As the campaign came to a close on November 18, the quota was not yet met across the country. 92% was raised across the country, a little less than $20 million short. New York had $27 million of the $35million they had pledged to raise. A decision was made to extend the drive so that the set quotas could be met.

Finally, on November 26, the New York Times reported the final numbers of the drive. As a whole, the United War Work Campaign raised $203,179,038, surpassing their initial goal. The four extra days of fundraising allowed the New York Division to reach its goal of $35,000,000. Fourteen states pledged over 150% or more. The American people successfully answered the call once again to aid the soldiers and sailors overseas.

Click through the images below to see a sampling of posters used during the United War Work Campaign. 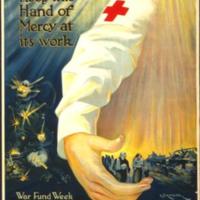 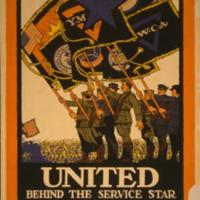 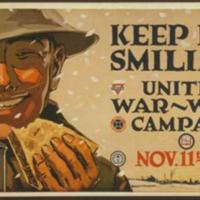 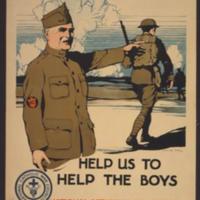 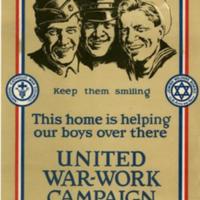 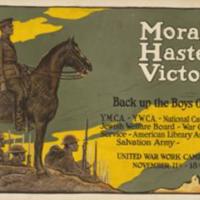 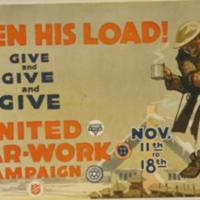 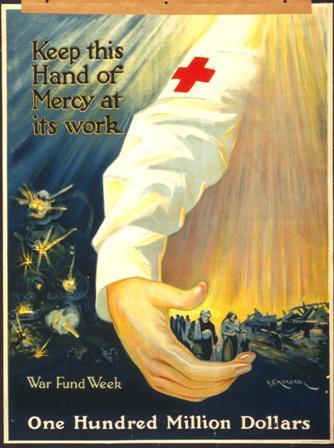 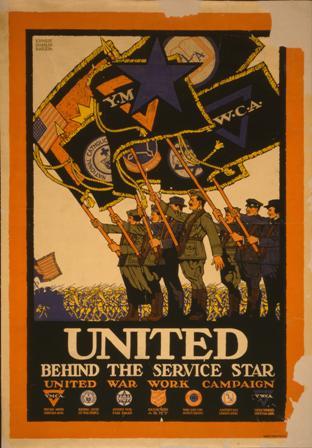 United Behind the Service Star Poster 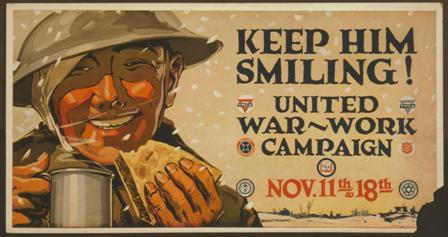 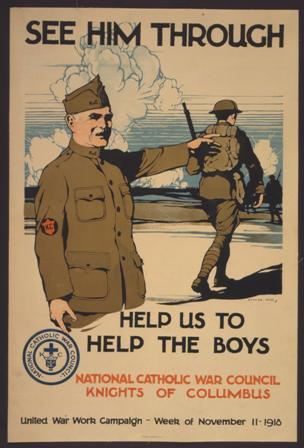 See Him Through Poster 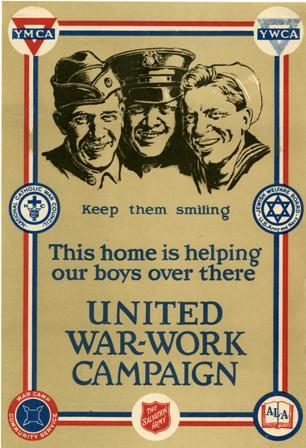 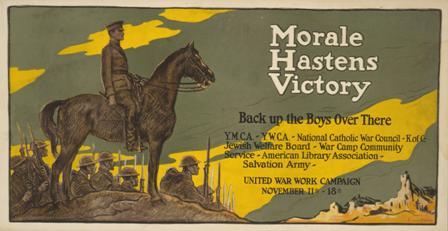 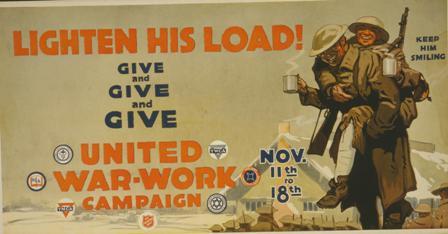