Hospitals during the War 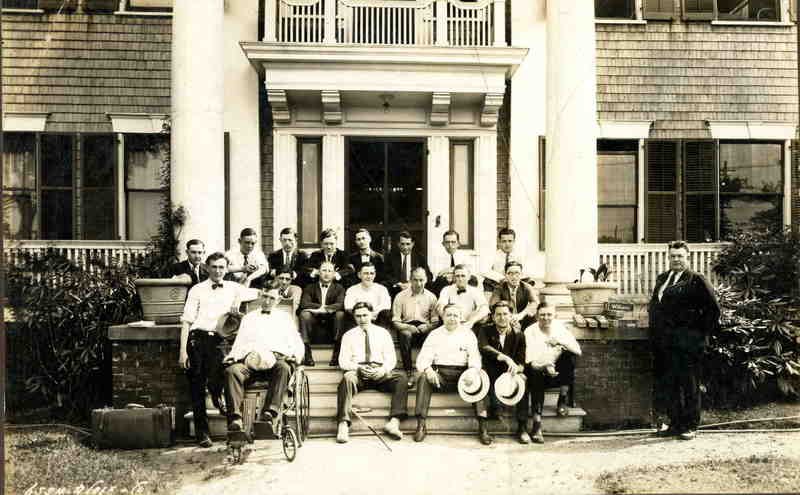 St. Joseph’s Convalescent Home, Courtesy of the Sisters of Our Lady of Christian Doctrine

Caring for the Sick and Wounded

Throughout the duration of the war, different groups focused on the care of the sick and wounded returning from overseas.  The Sisters of Our Lady of Christian Doctrine ran a convalescent home in Elberon, New Jersey, with three houses of wounded soldiers.  Originally intended as a retreat house for the sisters, the home was transformed during the war years to St. Joseph’s Convalescent Home.  The Sisters would also bring enlisted men to the house for weekend retreats.  The National Catholic War Council reimbursed the sisters for many of the costs incurred when transforming the home, including for things like occupational therapy equipment.  Many of the soldiers under their care returned from the war with mental or physical injuries that would require lifelong care. 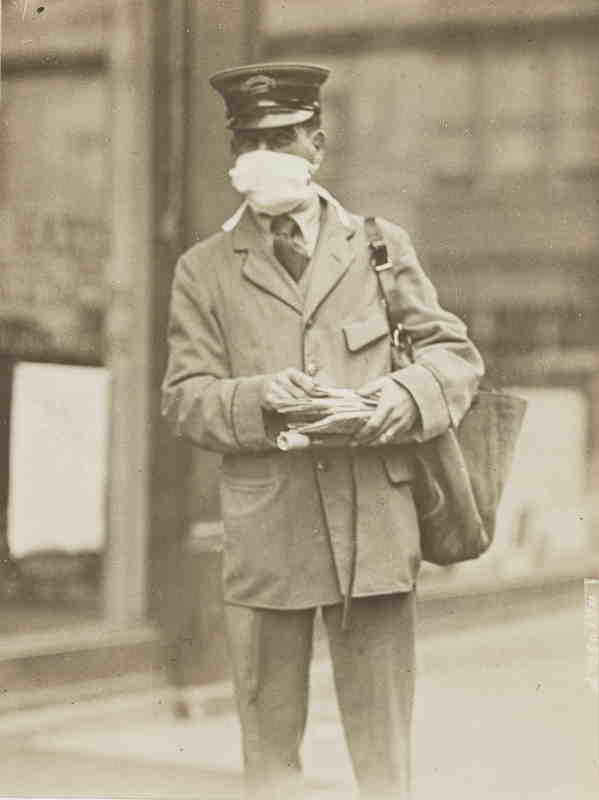 A letter carrier protecting himself from the influenza, Couresy National Archives.

In the fall of 1918, the entire country was struck by an outbreak of influenza. The first case documented in New York City was on September 17, 1918. The influenza was officially deemed an epidemic three weeks later. Many schools and religious communities throughout the Archdiocese were affected by the disease.  When the disease struck the novitiate house of the Dominican Sisters of Amityville, Long Island, killing three, the remaining 21 young women were moved to St. Joseph’s Convent in Sullivan County to recuperate. The influenza also caused an increased number of casualties in the military. The close quarters of training camps resulted in the quick spread of the disease. Precautions were taken as sections of camps and hospitals were quarantined for influenza patients only.

Archdiocesan officials worked closely with the New York Board of Health officials. Concern for the influenza was widespread and it was common to see the city residents wearing masks while out in public or at work. In New York City the opening and closing times of business were regulated so to limit the number of crowds during commuting hours. Additionally, New York Harbor issued a quarantine and health officials highly suggested to isolate yourself if you began to exhibit symptoms.  Newspapers were continuously updating the masses about the spread of influenza and advising readers how to protect themselves from the epidemic. During the first wave of the influenza, September 1918–1919, over 30,000 deaths were reported in New York City.