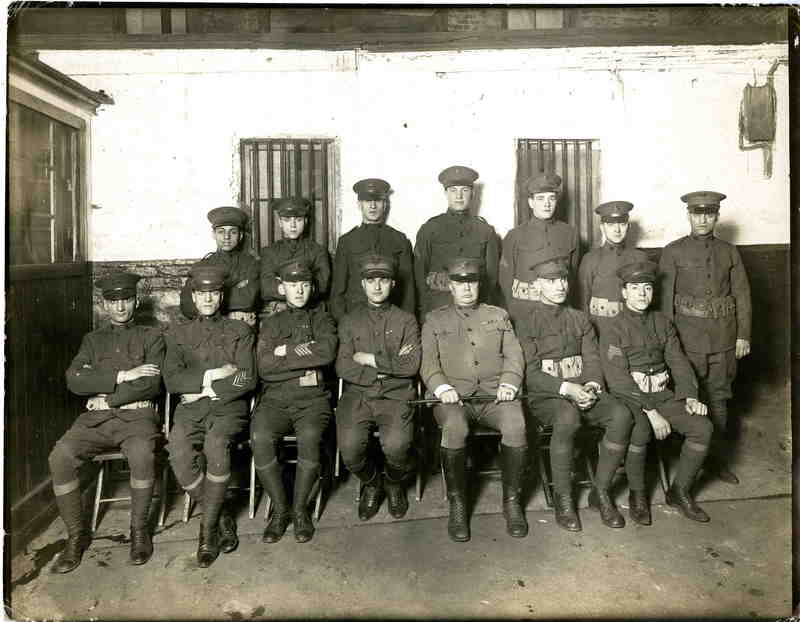 The Columbus Volunteers were formed in May 1916 to give military training to young men of Italian descent living on the Lower East Side of Manhattan.  Throughout the war, 711 Columbus Volunteers would serve in the military, most in the Army.  5 of these men never returned home.  On the Home Front, the Columbus Volunteers supplied the police and the National Guard troops patrolling the East Side bridges and piers with hot coffee and rolls.  The held a recruiting drive for the army, and recruited 500 men before the draft was issued in May.  After the war, the focus of the Volunteers changed to Americanization of new immigrants.  The main goal of the Volunteers was to help young men learn to use their spare time profitably and to live a discipline life.  The object was to prepare the members to serve as non-commissioned officers.  Officers of the 69th Regiment offered a weekly drill and target practice at their armory.  Only men who were American citizens or who had filed petitions for citizenship were allowed to join.