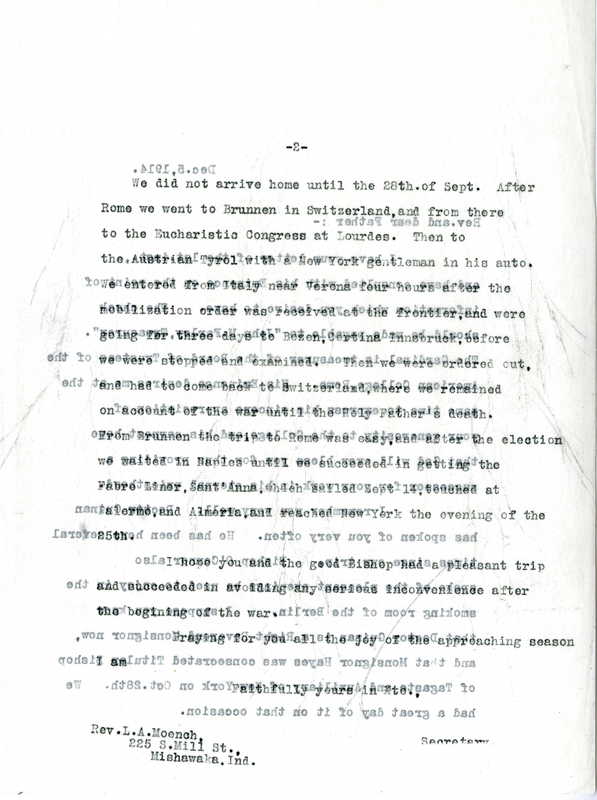 New York’s Cardinal John Farley was traveling in Europe for the International Eucharistic Congress at Lourdes when war broke out. After the Congress ended on July 25, he and his party toured Europe. They entered Austria from Italy four hours after the mobilization order was issued by the Austro-Hungarian government. While traveling near Innsbruck, in western Austria, the men were examined and ordered out of the country, and evacuated to Switzerland. They waited in Brunnen, Switzerland, until the death of Pope Pius X on August 20, 1914. Eventually, the Cardinal and his traveling companions returned to New York on September 25, 1914.  The scrapbook images (below) show glimpses of life in Europe as the countries began to mobilize their troops.  The scrapbook was created for Cardinal Farley by his host in Switzerland, August Benziger.

This letter from Cardinal Farley's private secretary, who was traveling with the Cardinal as part of his party, describes what happened to the group when they arrived in Austria.

"After Rome we went to Brunnen in Switzerland, and from there to the Eucharistic Congress at Lourdes.  Then to the Austrian Tyrol with a New York gentlemen in his auto.  We entered from Italy near Verona four hours after the mobilization order was received at the frontier, and were going for three days to Bozen, Certina Innsbruck, before we were ordered out, and had to come back to Switzerland, where we remained on account of the war until the Holy Father's death." 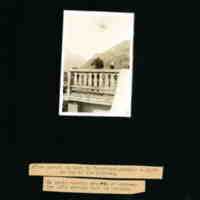 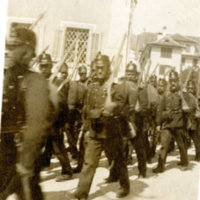 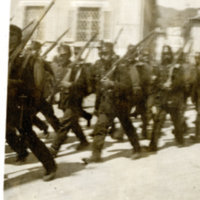 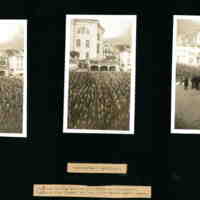 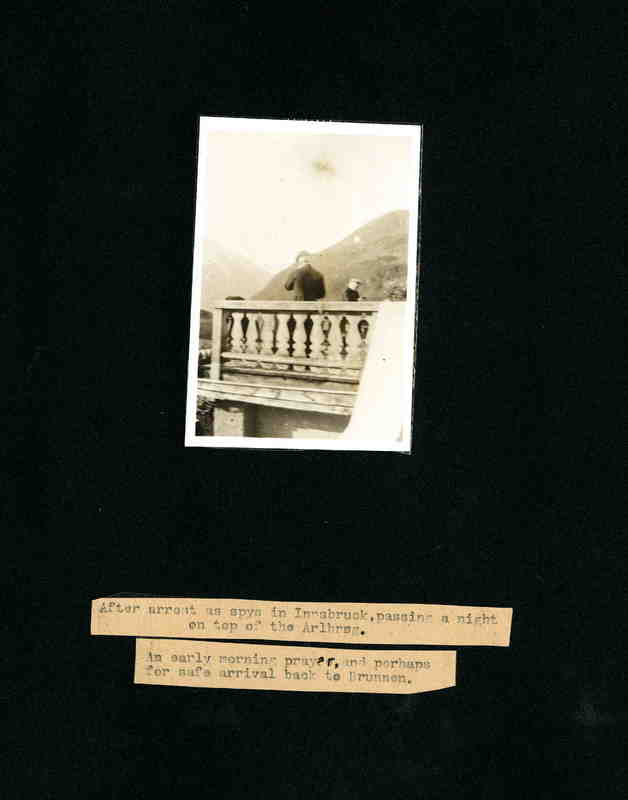 A page from a 1914 scrapbook belonging to Cardinal Farley 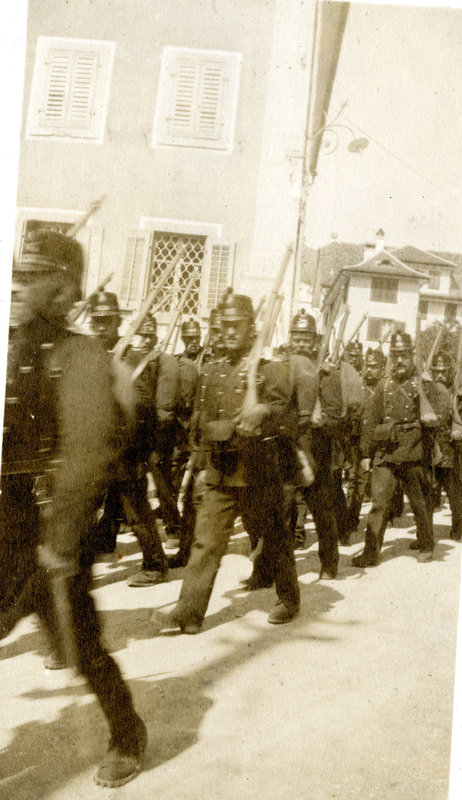 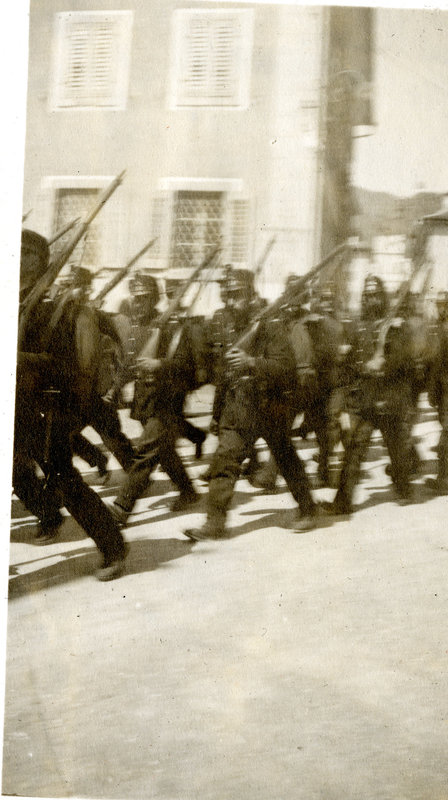 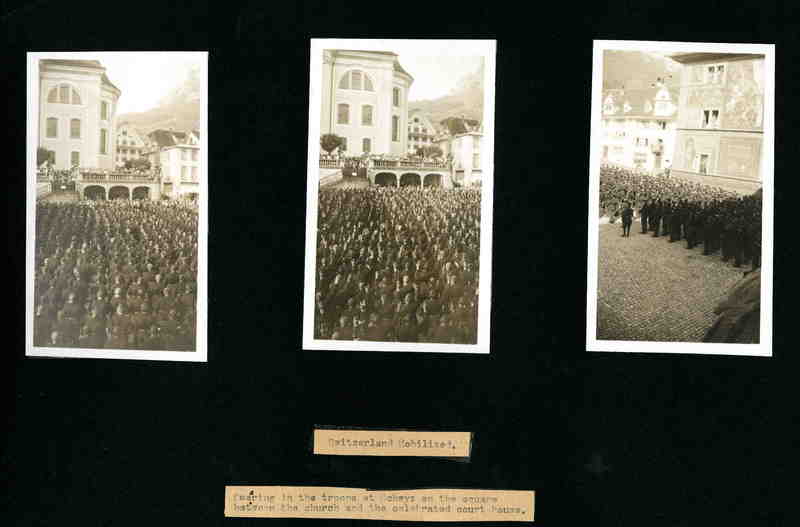