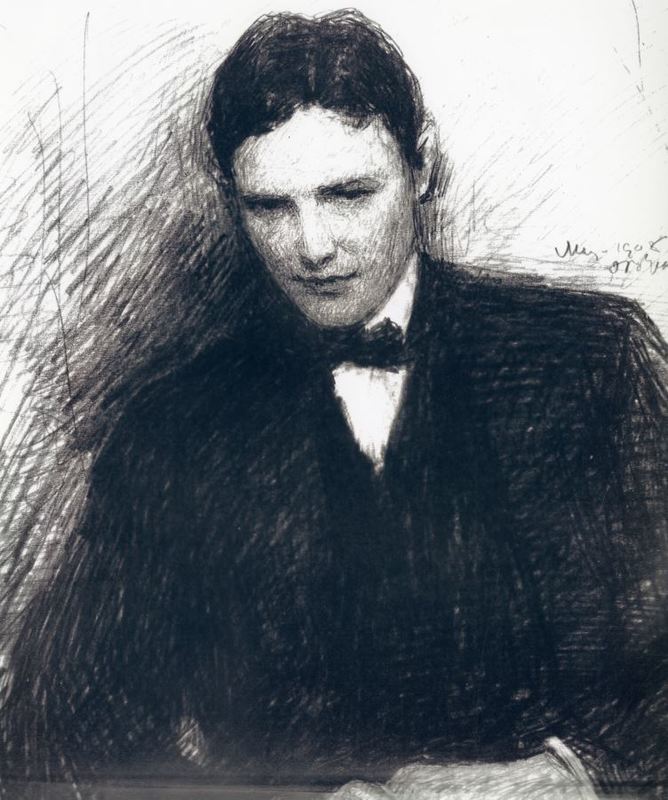 Sketch of Patrick McDonough by Jack Yeats, c. 1908. We are very grateful to the McDonough and Corcoran families for preserving and sharing the memory of their grandfather.

Patrick McDonough was born in County Sligo, Ireland in the early 1870s. He emigrated to America as a young man, arriving in New York in 1892, where he met up with his brothers, Edward, a policeman, and James, and sister Mary Ellen. McDonough continued his education in New York City before entering Notre Dame University in 1899. While at Notre Dame, Patrick McDonough met the Irish poet William Butler Yeats, on his American tour. Yeats’ brother, Jack Butler Yeats, a well-known artist, sketched two portraits of Patrick McDonough: one in 1904 and one in 1909.The connection with the Yeats family would last throughout Yeats’ life: in 1932, when Yeats again visited the United States, McDonough took his eldest son to meet him.

After his graduation from Notre Dame, McDonough attended Columbia Law School and Fordham University. It was during this time that he first began working for the Mission. When Patrick McCool died suddenly, McDonough abandoned his studies to become the Mission’s agent, a position he would hold for 55 years.

In 1908, McDonough met a young woman named Helen Healy at Ellis Island, and he married her at Our Lady of the Rosary in 1910. McDonough died on July 15, 1960, leaving behind a legacy of his work and his writing, which his family has preserved to this day. During his time at the Mission, he served as the editor of “Old Castle Garden,” a journal (1931 – 1940) published four times a year for the benefit of the Mission. He also published many of his own poems, some of which can be seen here.