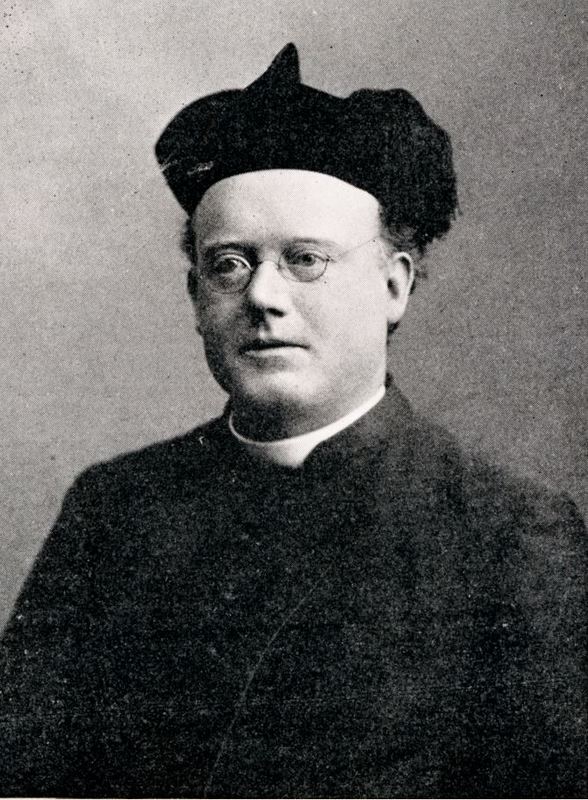 Father Michael J. Henry was born in Roscommon, Ireland, on June 10, 1854, the son of a well-to-do merchant. He studied for two years at the Diocesan College at Summerhill before emigrating to America, where he entered St. John’s College, Fordham, and then St. Joseph’s Seminary, Troy. He was ordained on December 21, 1878, and his first assignment was to St. Stephen’s Church on West 29th Street, where the pastor was the well-known Rev. Dr. Edward McGlynn. He then went to St. Bernard’s Church, and then was promoted to pastor at St. Lawrence O’Toole in Brewster, where, after six years, was appointed Director of the Mission.

Under Fr. Henry’s leadership, many much-needed improvements were made to the Mission building, including the installation of heating, electricity, and telephone lines. He also enlarged the chapel, which was too small to handle the number of parishioners, at the time about 1,000. Fr. Henry personally visited the immigration station each day, interviewed the young Irish women traveling alone, visited the sick, and assisted in finding employment. Fr. Henry was known to be a very good public speaker, and often used stories to illustrate his points, particularly when it came to fundraising.

During Fr. Henry’s time, the Mission celebrated its Silver Jubilee, a massive celebration which took place at the Mission itself and at Carnegie Hall. Fr. Henry died on October 3, 1922, and his funeral was held at St. Patrick’s Cathedral.