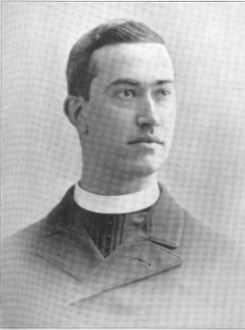 Fr. Brosnan was born in County Kerry, Ireland, on July 6, 1866. He was ordained from the Irish College in Paris in 1890. Two of his brothers were also priests back in Ireland. After his arrival in New York, he was appointed assistant at the Church of St. Thomas Aquinas, Manhattan, and only three months later, was sent to the Mission of Our Lady of the Rosary. He was at the Mission 17 years, before being appointed to St. Thomas of Canterbury Church, in Cornwall. While there, he renovated the church, enlarged the rectory, and built a school. He then was sent to St. Thomas Aquinas Church in the Bronx, where, in 1925, he also built a new church and rectory. He died on July 28, 1947 while traveling in Ireland.