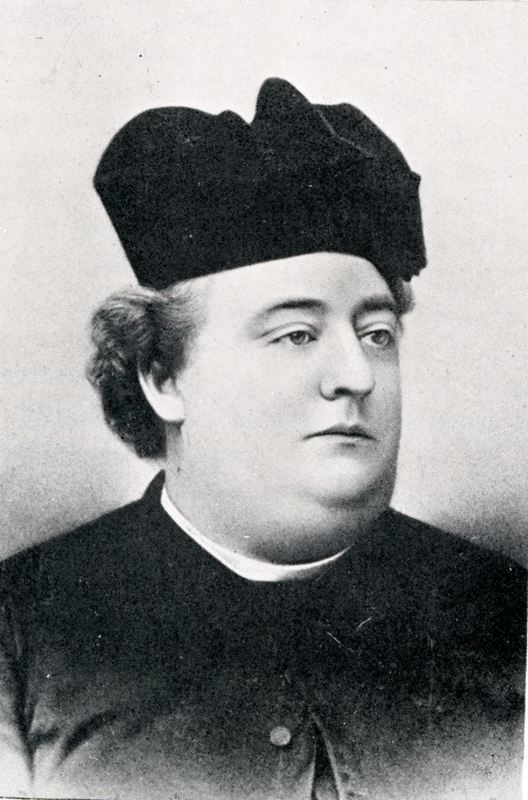 Father John J. Riordan was born on May 5, 1851 at 277 Mulberry Street, the son of two immigrants from County Cork. He attended St. Francis Xavier College, then St. Joseph’s Seminary, Troy, where he was ordained in 1873. His first assignment was as an assistant at St. Bernard’s, where he remained for ten years.

Riordan was hired by the Irish Catholic Colonization Association in late 1883 to organize a Catholic Information Bureau at Castle Garden, which would be named the Mission of Our Lady of the Rosary. At the end of 1883, Riordan and William J. Onahan of the Association took a trip through several cities in the West, including St. Louis, to see what opportunities existed for young Irish women, and to set up stations. At this point, the Association was responsible for his salary and expenses. In the summer of 1884, he traveled to Europe to fundraise for the Mission. While in Ireland, he met Bishops and priests throughout the country to encourage them to discourage “reckless” emigration.

After the Mission was founded, Riordan lived at St. Peter’s Rectory while visiting the immigration station at Castle Garden each day. He also oversaw the military post on Governor’s Island.  In the early days of the Mission, it did not have a building, so Riordan would visit local boarding houses to determine which ones were respectable enough to house the young women. The cost of paying for these stays was high, so in 1874, Riordan had rented a house at Number 7 Broadway as a base of the Mission. 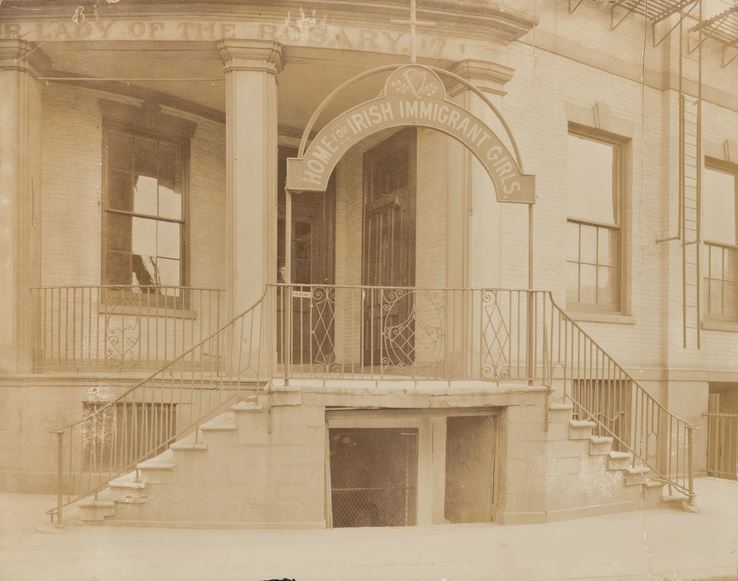 Early view of the Mission of Our Lady of the Rosary. Courtesy New York Public Library.

Quickly, however, the number of women in need of assistance soon outgrew the home, and Riordan began searching for a larger property. He found one at 7 State Street, which he purchased himself and then turned over to the Mission. Even this house, at times, was not large enough. He would occasionally have girls sleeping in the chapel, and even had to resort to finding rooms at local boarding houses for the overflow.

In March 1887, Fr. Riordan was also tasked with creating the new parish of Our Lady of the Rosary. He formed a chapel out of the parlor of the State Street house. At the time of his death, the parish had about 300 families. Fr. Riordan died at St. Vincent’s Hospital on December 15, 1887 of pneumonia brought on by a cold when attending the funeral of his friend Fr. Lewis on Staten Island. Archbishop Corrigan visited him in the hospital to give him last rites. His funeral was held at St. Patrick’s Cathedral, and he was buried in the priests’ plot at Calvary Cemetery.