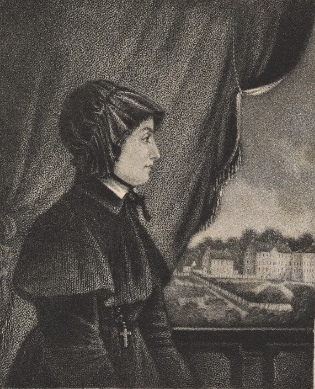 Elizabeth Ann Seton, the first American-born saint, has a connection to Watson House. She was born a Protestant in 1774, and married William Seton, a wealthy merchant. The couple had five children, but soon fell on hard times. Seton went bankrupt in 1801, the family was forced to move from their home to the house at 8 State Street. In 1803, he, Elizabeth, and their eldest daughter sailed for Italy to attempt to restore his health. Seton died there soon after their arrival, and Elizabeth and her daughter took refuge with his business partner, a Catholic man, and his family. When they arrived back in New York, Elizabeth converted to Catholicism at St. Peter’s Church on Barclay Street.

In 1808, she moved to Baltimore to open a school for girls, and later founded America’s first religious order, the Sisters of Charity. The Sisters were directly responsible for setting up many of America’s first parochial schools, hospitals, and child caring institutions. Elizabeth Ann Seton died in 1821, and was canonized in 1975. 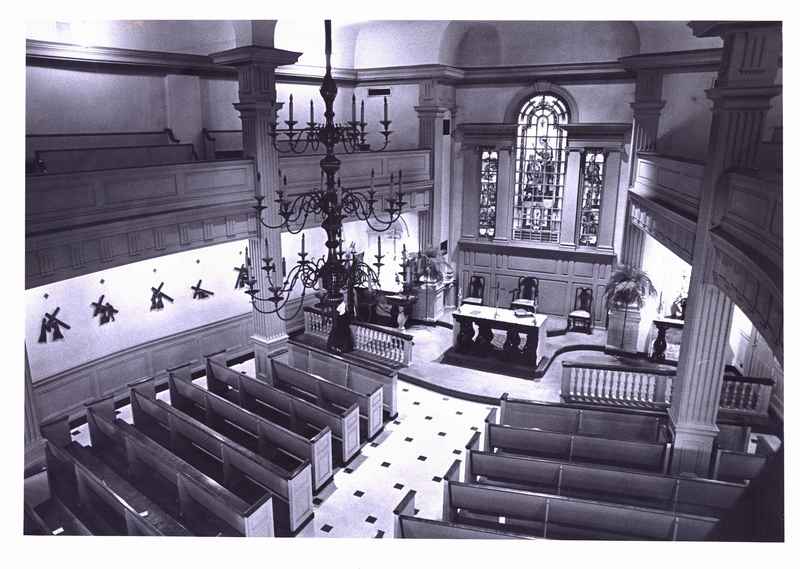 Interior of the current Church of Our Lady of the Rosary. Courtesy Archives of the Sisters of Charity of New York.

By the 1960s, both the former Mission building and the chapel were in such poor shape that there was a huge renovation. While renovating, water pipes dating to the 1770s were found in the halls, and the church donated them to the Museum of the City of New York. The property at 8 State Street, the former home of Elizabeth Ann Seton, was torn down completely, and a new chapel built in its place. The chapel was designed by architects Walter Sturges and Joseph Shanley, a descendant of St. Elizabeth Ann Seton. It is believed that they designed the sanctuary to resemble a ballroom because Seton loved dancing. Cardinal Francis Spellman dedicated the shrine on September 8, 1965. Today, the Chapel remains as a shrine to America’s first saint.