The Chapel of Our Lady of the Rosary 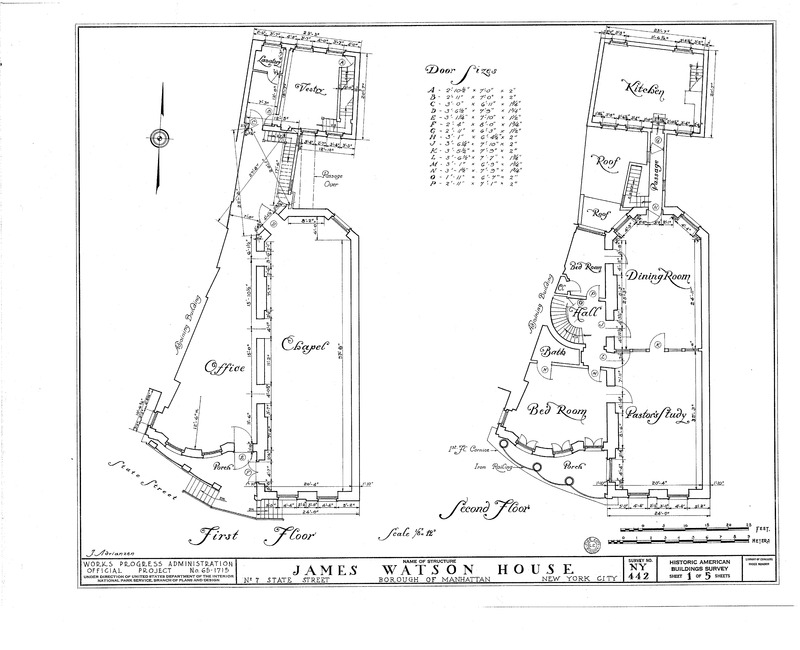 Sketch of the Mission of Our Lady of the Rosary, showing the first floor chapel, from the Historic American Buildings Survey, c. 1930s. Courtesy Library of Congress.

In 1886, after Fr. Riordan purchased 7 State Street, Cardinal McCloskey established the new parish of Our Lady of the Rosary. He removed the territory of Lower Manhattan from the boundaries of St. Peter’s Church, and turned the 1,5000 Catholics living there and on the islands of New York Harbor over to the priests of the Mission. Fr. Riordan turned the old ballroom in to the Chapel of Our Lady of the Rosary. The chapel was consecrated by Fr. Riordan on Tuesday, February 9, 1886. He celebrated the first mass in the chapel in front of a congregation of less than 10, including one Protestant immigrant woman. It was planned that Archbishop Corrigan would bless the chapel in May of 1886. In addition to the parishioners living in the neighborhood, the priests of the Mission were also responsible for Sunday mass at Ellis Island, Governor’s Island, and Liberty Ireland, and served the hospitals on Ellis Island and the military hospital on Governor’s Island. By the time of Fr. Riordan’s death in December 1887, the parish served a congregation of about 300 families. 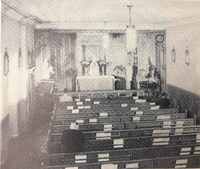 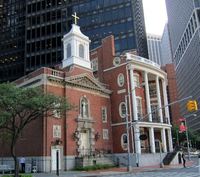 The old chapel (top) and

By the 1910s, the number of parishioners was beginning to decrease, as houses in the area were torn down to make way for office buildings. By the 1930s, there were only about 50 families left, however, the parish remained active because of the large number of businesspeople in the area who attended mass during the week. In fact, on Holy Days of Obligation, Mass was held every half an hour.

When Ellis Island closed in 1954, there was no longer a need for a Mission, and it shuttered. The Church of Our Lady of the Rosary, however, remained a parish. By the 1960s, both the former Mission building and the property next door at 8 State Street were in very poor shape. The property at 8 State Street was torn down, and a new church was constructed in its place, a shrine to St. Elizabeth Ann Seton. The former Mission home was gutted, and turned into a rectory for the priests of the parish. In 2015, the parish was merged back into St. Peter’s to become St. Peter-Our Lady of the Rosary parish.