The Port of New York 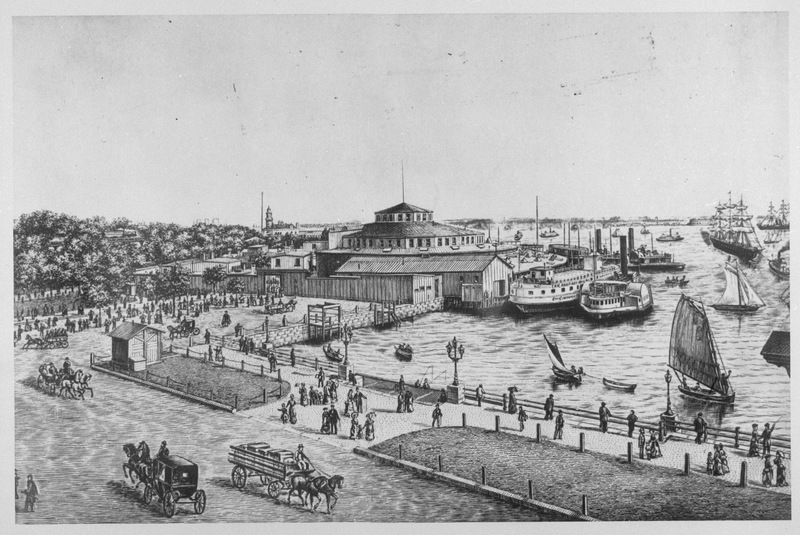 When the Mission opened, the immigration station for the Port of New York was at Castle Garden. New York State’s Board of Emigration Commissioners set up Castle Garden as the Emigrant Landing Depot in 1855. It was the first official immigration center in the United States, and over eight million people arrived during its years of operation.

Although the officials at Castle Garden attempted to provide services to the newly arriving immigrants, such as a Labor Exchange, there continued to be a fear that immigrants were being exploited on their arrival. One major source of concern were the “immigrant runners,” professionals who waited for the newly arrived and exploited them through various scams, such as stealing luggage, selling fake railroad tickets, or overpriced lodging. The goal of Castle Garden was a protected space where immigrants could be protected as they arranged to travel to their next stop. 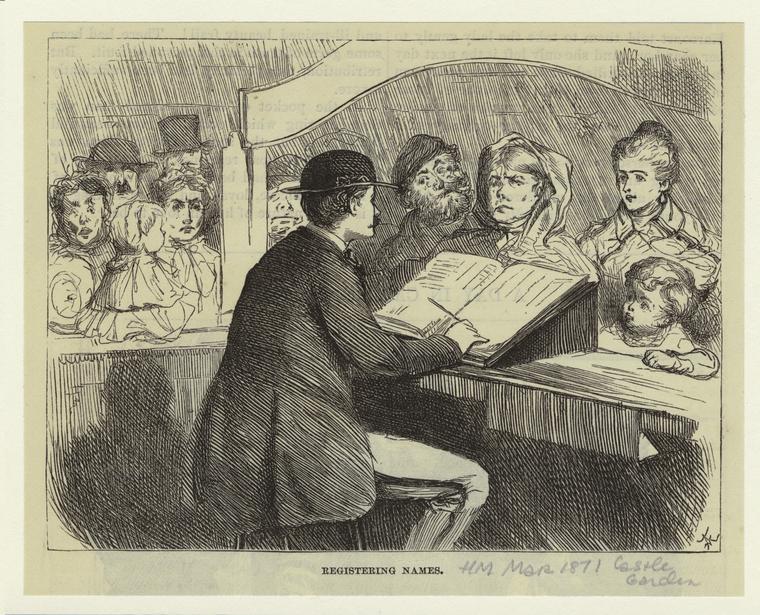 The Emigration Board required a ship to anchor off shore, and Castle Garden officials would board the ship to check for any disease and to receive a copy of the passenger list. The priests from the Mission were also allowed to board the ship to check on the well-being of the passengers. First class passengers were then allowed to remain on the ship as it went to the pier, while steerage passengers had to board a barge to be processed at Castle Garden. The first step was a medical exam—if the immigrant passed that, they would be registered and allowed to pass into the hub of the center, where there were booths for railroad and steamship tickets, a concession stand, a telegraph station, and a labor exchange. Crowds of family and friends would gather outside the station, and the names of the newly arrived would be announced.

In 1890, the Federal Government took control of all immigrant processing and all ports of entry to the country. They closed Castle Garden and moved the processing center to the U.S. Barge Office, which was used until Ellis Island was opened in 1892.