Father Hugh J. Kelly was born in 1856 in New York City. He was ordained a priest on January 26, 1879 from St. Joseph’s Seminary, Troy. His first assignment was to St. Teresa’s on Rutgers Street, where he served as assistant for about ten years, while also serving as chaplain of the “Fighting” 69th Regiment. In 1887, he had been nominated for Naval Chaplain, but was assigned to the Mission before the appointment went through.

He was only at the Mission for about 10 months before ill health forced him to resign. He then went on to serve as chaplain for the Christian Brothers in Irvington, but was later admitted to St. Joseph’s Hospital, Yonkers. Fr. Kelly died there on July 17, 1896 from pneumonia. His funeral was from St. Stephen’s Church, and he was buried in Calvary Cemetery. 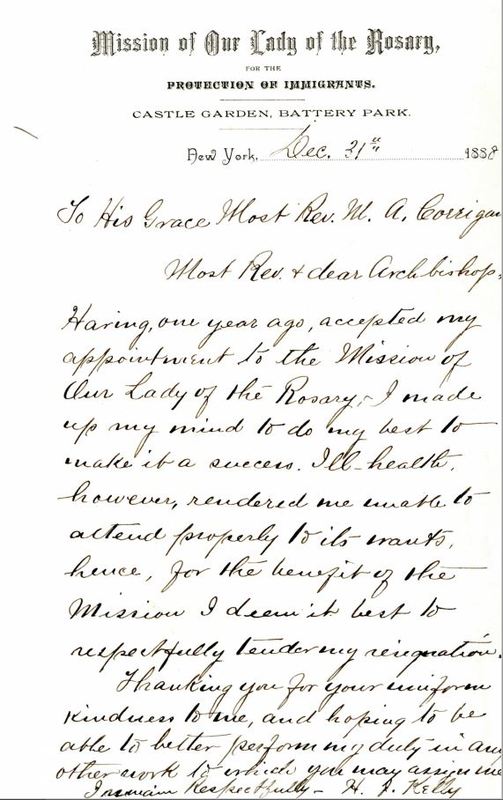 Fr. Hugh Kelly's letter of resignation from the Mission.