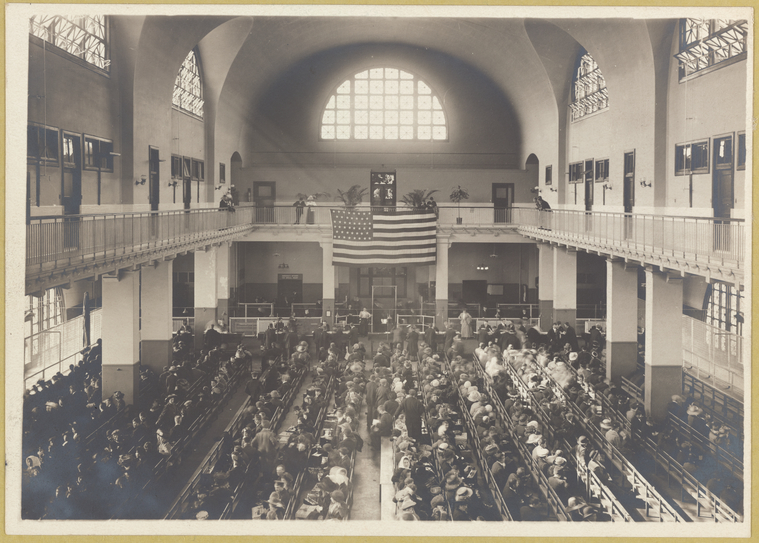 Ellis Island opened on January 1, 1892, and was the nation’s busiest immigration station until is closed in 1954. Over 12 million immigrants passed through during the years of operation. Ellis Island is located in New York Bay, between Manhattan and Jersey City. The island was a military post before it became the immigration station. In 1897, the original wooden building burnt down, and was replaced by a new, fireproof building which opened on December 17, 1900, and can still be seen today.

Immigration officials inspected each person who arrived, up to 5,000 people per day at the height. The peak year for immigration was 1907, with numbers continuing to drop until the 1924 Immigration Act was passed, which severely limited the number of people coming to the country and also allowed for immigration processing at the port of departure. Upon arrival, immigrants were asked 29 questions, including how much money the immigrant carried, in an effort to ensure they would not become a drain on public resources. Although most immigrants only spent about five hours on the Island, those with health problems could be detained or deported.