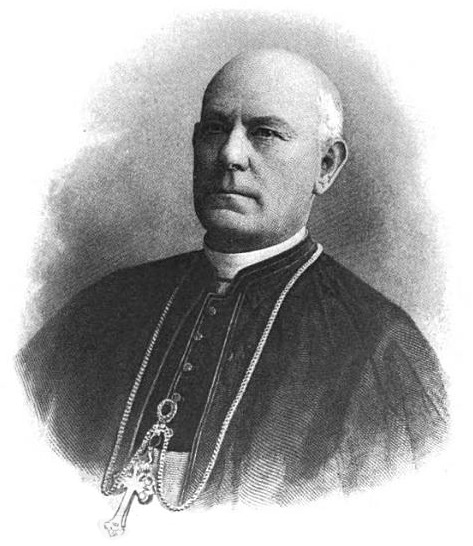 The Irish Catholic Colonization Association was founded by Archbishop John Ireland of St. Paul and Bishop John Spaulding of Peoria along with two laymen, William J. Onahan of Chicago and Dillon O’Brien of St. Louis. The men were disturbed by reports of the living conditions of Irish immigrants in Eastern cities, particularly the infant and child mortality rate, and felt that the Irish would be better off outside of larger cities. Bishop Spaulding, along with Ohahan and O’Brien, had been interested in Catholic colonization efforts for some time, and Archbishop Ireland and O’Brien had worked together on a similar project in Minnesota. From 1876 to 1881 Ireland successfully brought more than 4,000 Catholic families to over 400,000 acres of land in rural Minnesota.

The Association was founded on January 20, 1879, at a meeting of the St. Patrick’s Society in Chicago. The group solicited delegates from various colonization efforts across the country, and at its next meeting adopted a platform proposed by Archbishop Ireland. They organized a board of seven laymen and five Catholic bishops, including Ireland and Spalding. The goal of the Association was to raise money to buy plots of land in rural parts of the West and South and help resettle Irish Catholics from the urban areas. The Association believed that a rural lifestyle would better allow Irish Catholics to maintain their faith, as they would not be mingling with people of other religions or subject to the whims of corrupt politicians. 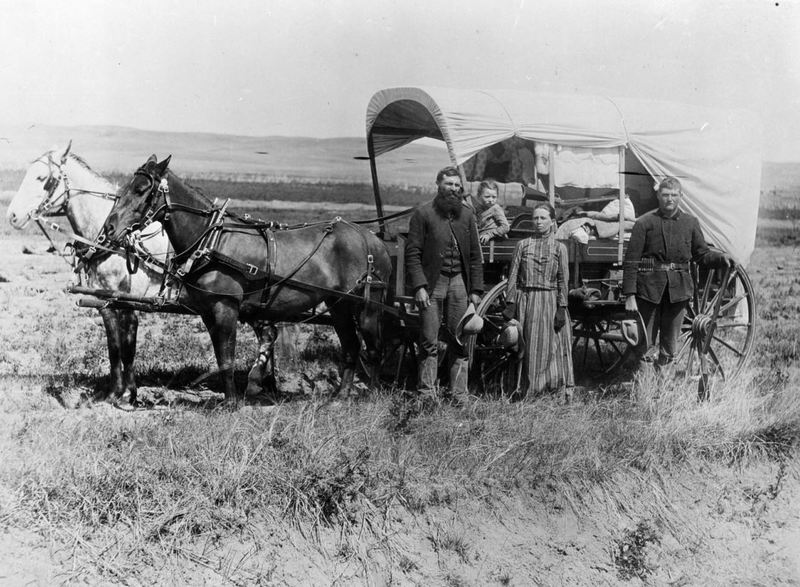 Family traveling through Nebraska on their way West, 1886. Courtesty the National Archives.

By the summer of 1879, the Association had purchased two large tracts of land: 8,000 acres in Minnesota and 25,000 acres in Nebraska.  Much of the fundraising for the movement came from Catholics in the Northeast, with $17,000 coming in one fundraising push from Brooklyn churches, and another $7,000 from the Boston area. Spalding also published a book titled Religious Mission of the Irish People and Catholic Colonization to promote the work. In the early 1880s, around the time that Charlotte Grace O’Brien approached Archbishop Ireland, the Association had begun to advocate for Emigrant Aid Societies to be formed in the major port cities.

At the group’s meeting in Chicago in May of 1883, Bishop Ireland put O’Brien’s proposal to the Board of Directors. Since the previous year, the group had been working with immigration officials to establish a Bureau of Information at Castle Garden, the country’s main immigration port. The board voted to provide $1,000 a year toward a home for immigrant women for a period of five years, along with the Bureau, over which it would maintain control. Eugene Kelly, a prominent Catholic layman and Irish immigrant, donated $1,000 to the effort.

By 1885, most Catholic bishops had withdrawn from the colonization effort, and in 1891, the Association disbanded, with William Ohahan declaring that the goals of the Association had been met, and the communities in Nebraska and Minnesota were a success.